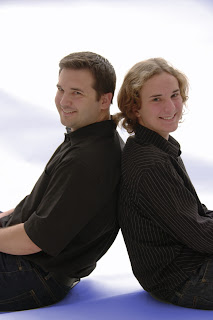 It's that time of year again, Chinese New Year, or Spring Festival, what ever it is called.
I've already purchased my "red envelopes" and have been slowly preparing to celebrate the season with the family.  I was able to find Angry Birds Red Envelopes for the boys, and the Happy Lamb/Plesant Goat* ones for the littles.  I know I've blogged about Chinese New Years in the past...

But sometimes, I think maybe (just maybe) I focus *too* much on China, and I ignore our Canadian Roots.
So, just to remind everyone that yes, we Canadian's DO have roots.
And we *DO* have culture... here is a little bit of a Canadian Cultural Reference, in the form of a Great Big Sea song.  :-)


Now, go try to explain THAT cultural reference to a newly adopted child.  No wonder they think we is crazy!

But getting back to 春节 (Chūnjié, Spring Festival), every year we celebrate it at work.  Normally a good friend Susan (we'll call her Susan, because that's her name.  Well, actually, it probably isn't.  She is very Chinese.  Her name is probably something I can't pronounce.  She says her name is Susan though) organizes it every year.  But last year, she was in China during 春节 (Chūnjié) and somehow, I wound of organizing it.

At that time, I looked square in the eyes of my Chinese co-workers, and said "You should be ashamed of yourself!  That some 大鼻子 has to plan the Chinese New Year lunch!" ...

I thought it would be too rude.

But THIS year, this year I'm saying.  Because once again, no one else is offering to plan the 春节午餐 (Chūnjié wǔcān, Spring Festival Lunch).  When we asked Susan if she was going to plan it, she said "No, I don't want to."

And to all and any of my Chinese Co-Workers who read this... you should be ashamed of yourselves!  :-)

* = If you are looking for Happy Lamb Videos, and live in the Ottawa area, the T&T Super Market has some in stock on the small shelf by the produce where they have some books...
Posted by Adrian at 11:33 PM