I've been getting a lot of questions lately about our Bing who came from Foster Care and how he has been attaching.  So I figured maybe I should talk about that a bit.  Now, it isn't like I've been sitting here doing nothing.  I've started this posted and deleted it at LEAST 3 different times.  I am finding it hard to blog about something a little more heavy than normal without coming across as a bitter, sleep deprived, overloaded, stressed out parent... when I realized, that I AM a sleep deprived overloaded stressed out parent!

So give me a little grace while I try to highlight some of the differences I've seen between Ping and Bing, and keep in mind that some of my observations may be based in Orphanage VS Foster Care realities, and some may be based in the reality that Ping and Bing are two different people, and they process things differently.  So this is by no means a definitive list, correct list, insightful list, or complete list.  It is not a list of X is better than Y.  These are just some of my ponder-ings put down on digital paper to work though my tangled mess of emotions, thoughts and hopes. 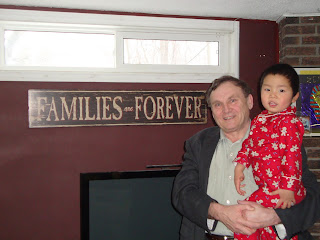 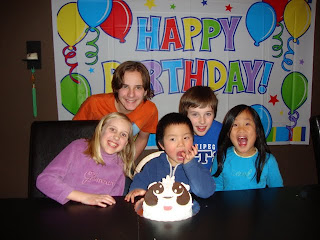 ... to sum it up, your adopted child is going through so much trauma it is amazing that they turn out as well as they do.  Foster Care, or Orphanage care, the bottom line is that they have lost everything, and their worlds have been turned upside down.  There is no easy way to walk though this.

But there were differences between Ping and Bing.  Both grieved heavily.  However, Ping grieving was masked behind a veil of rage and anger.  While Bing has been struggling though a cloud of sadness and fear.

You provide for them a loving environment, room to work though their loss, and a little bit 'o God thrown in there, and maybe things will turn out OK.

And even if things don't turn out OK, its hard to blame the adoption when the truth of the matter is, these poor children are stuck with US as parents.  It is like blaming the car manufacture when you have an accident and you were the driver...

... unless you own an Saturn.  Then it really IS the cars fault.