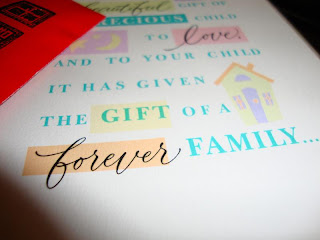 Yes, it is true that at work there are many things which annoy me, maybe drive me mad even.
... you know... the normal stuff that.

Okay fine... My work is nothing like that. Actually, there are a few perks about work.

Mostly, the people themselves... my co-workers.

Co-Worker: See, we are not getting any data from the feed.
Me: Hmmm... I see. Well, not my problem.
Manager: Hey now! Don't you leave! You're not leaving till you get this working?
Co-Worker: Maybe its something with the networking.
Me: Yes, it is something with the networking.
Manager: Do you want a chocolate?
Me: Um, sure.
Co-Worker: Look, I can ping the other side.
Me: Right, but look, trace-route... nothing. Its being actively killed. I still think its a router or firewall configuration issue.
Manager: Here! Coffee Crisp or Kit Kat?
Me: Oh! Coffee Crisp! Thanks.
Co-Worker #2: What if you try the other IP?
Manger: The IP of the NAT instead of the box?
Co-Worker #2: Yea, the NAT should route it to the correct box.
Me: Sure, why not.
Co-Worker: Hey! Look! It work!
Me: Yay! See... I'm awesome.
Co-Worker: Sorry I could not make you meeting at 10am today.
Me: Uh, no worries. The meeting had nothing to do with this anyway.
Co-Worker: Why would your adoption meeting be related to this?
Me: ... huh?
Co-Worker: You're adoption meeting. With the cake.
Me: I don't have an adoption meeting.
Co-Worker: You mean you don't know about it?
Me: No.
Manager: He doesn't know about it because it was a SURPRISE!
Co-Worker: Oh. I have a headache.
Me: Don't worry, I'll try to act surprised. 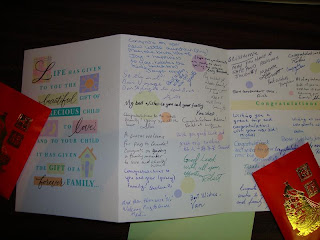 Last week they Surprised me with a ... I donno, an "Adoption Shower"? There was the biggest turn out I'd ever received for anything related to our adoption. Many co-workers signed a card, brought a couple of cakes, and donated some $$$ to help buy Ping a snow-suit, or winter boots which she will SO need once she arrives. (We actually plan on using the $$$ to buy her 14 gifts from China - 1 gift for each Adoption Day anniversary until she reaches 18)

Anyway, my co-workers rock! And I'm so glad that my one Co-Worker gave me a heads up, cuz if I walked into that room with all those people there without knowing what was going on, I'd probably have been reduced to a blubbering crying idiot... like a single middle aged person watching Bridget Jones Diary... And it wasn't hard to act surprised... because there were still WAY more people there than I expected. 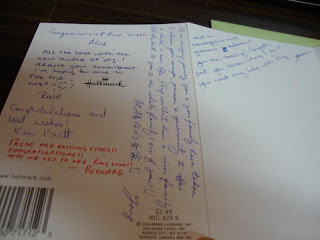 So yes, my Co-Workers are AWESOME! Except Mike. Who thinks I need to get a hair cut... and a shave. Mikes a Jerk. :-)